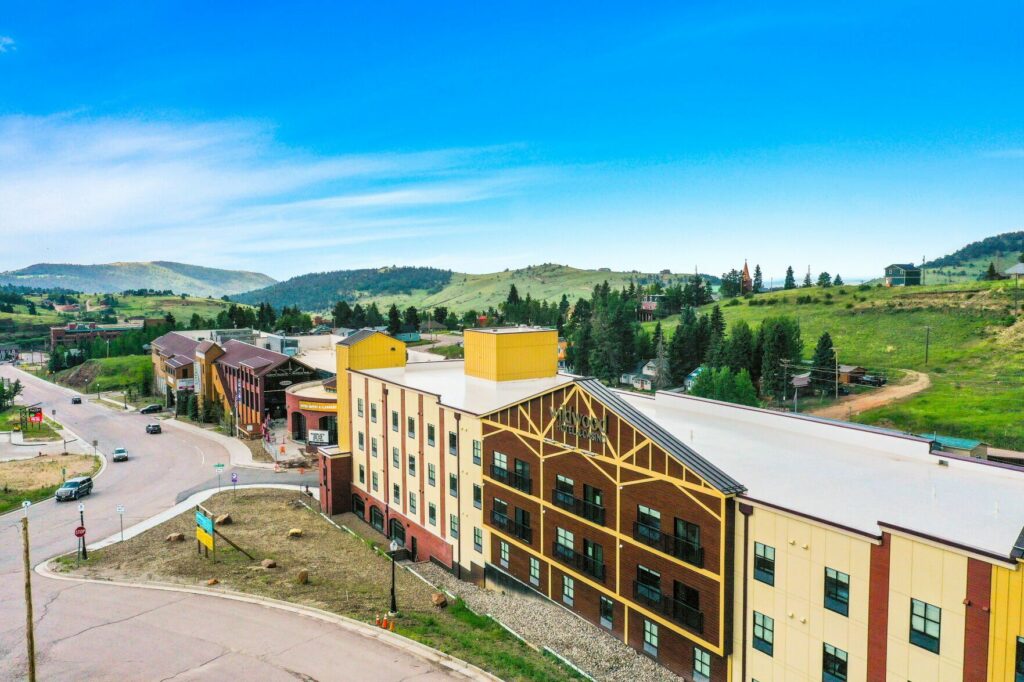 A company controlled by Houston billionaire restaurant mogul Tilman Fertitta has agreed to pay about $43 million for the Wildwood Casino and Hotel in Cripple Creek in a deal expected to be completed this summer.

Fertitta Entertainment, which owns Golden Nugget casinos in Las Vegas and four other locations, signed the agreement in November, according to documents the company filed in December with the Securities and Exchange Commission as part of a plan to become a publicly-traded company. That plan has since been abandoned, but the deal to acquire the Cripple Creek casino and hotel is moving toward completion.

The transaction with Wildwood owner American Gaming Group is scheduled to be completed in the third quarter but must be approved by the Colorado Limited Gaming Control Commission. Fertitta Entertainment also must secure a license from the commission to operate the casino.

The Wildwood Casino is the largest single casino in Cripple Creek, with 528 slot machines and 12 tables for poker, blackjack, craps, roulette and baccarat.

Joe Canfora, American Gaming's CEO and managing partner, said Monday that an investment banker approached the company last summer about selling to Fertitta.  After discussions with several potential buyers, the company agreed to sell to Fertitta Entertainment. He said the company began looking at selling the Cripple Creek casino and related operations after plans to expand to Black Hawk fell through a few years ago.

"It is a combination of timing and a few other things," Canfora said of plans to sell the casino and hotel. "Having multiple properties gives (Fertitta) more opportunities for staff and helps with overhead efficiency and marketing. They wanted to grow, and with the expansion by others in this market, the timing worked out."

Fertitta Entertainment will rename the Wildwood Casino under the Golden Nugget brand and retain any of the casino and hotel's 300 employees "that want to stay," said Gerry Del Prete, the company's chief operating officer for gaming. He said Fertitta plans to allow customers to redeem loyalty points earned at the Wildwood Casino and Hotel at any of the company's other casinos and restaurants.

"We've always had an attraction for Colorado — we've owned the aquarium in Denver (the Downtown Aquarium, which includes a restaurant and lounge) and restaurants across the state for a long time," Del Prete said. "We have looked as the market has evolved over the years, and the changes going on in the market have make it more attractive. We looked at Cripple Creek and saw opportunity there."

American Gaming has owned the casino since it opened in 2008 and spent $14 million to build a 101-room hotel adjacent to the casino. Saratoga Harness Racing, which owns a casino in Black Hawk, agreed to buy the Wildwood Casino in March 2020, just days before the COVID-19 pandemic prompted state officials to close casinos for three months. The deal collapsed two months later.

The Wildwood Hotel was the first new hotel in the Teller County seat in decades and is the first of three major projects that will more than double the city's inventory of hotel rooms. Full House Resorts, owner of Bronco Billy's Casino, is building a 300-room hotel as part of a $250 million expansion project. Triple Crown Casinos, owners of the Brass Ass, McGills and Midnight Rose casinos, is planning to start construction next month on a six-story, 105-room hotel that will be attached to the Brass Ass and Triple Crown’s parking garage that will carry the Midnight Rose name.

The hotel building boom follows state and local legislation that lifted betting limits in casinos statewide and allowed new table games last May, attracting a more upscale group of customers. As a result, casino revenue in Cripple Creek grew 22.9% from a year earlier for the eight months of the state's fiscal year that began in July to $110.8 million, according to the Colorado Division of Gaming.

Del Prete said Fertitta Entertainment shares the optimism Full House and Triple Crown have for Cripple Creek's potential — that building more hotel rooms will attract more gaming customers who will stay in the city longer, making it "more of a destination rather than just a drive market. The (casino) play is  better at properties with hotel rooms. There is pent-up demand for amenities in that market."

Tilman Fertitta, who has a fortune estimated at more than $6 billion, also owns the Houston Rockets professional basketball team.